US House Oversight chairman Darrell Issa said today that he intends to get postal reform legislation passed “in the coming weeks”.OTHER NEW


US House Oversight chairman Darrell Issa said today that he intends to get postal reform legislation passed “in the coming weeks”.

Issa’s committee held a hearing today ahead of a full business meeting next week, at which a postal reform bill will be marked up for a vote by the full House of Representatives.

The reforms intend to find ways to help the US Postal Service out of its multi-billion dollar annual losses, and its $15bn debt mountain.

During the meeting today, Issa revealed that the bill he was putting forward for the mark-up would have some changes made compared to his original proposals, including some of the ideas from the minority Democrats.

Issa said he hoped to get the current House bill proposal close to the proposals that will come from the US Senate in order to get legislation passed quickly. While the US House of Representatives is currently controlled by the Republicans, the Democrats control the Senate – and both chambers of Congress must approve legislation for it to pass.

“We were 85% in agreement with the Senate last year. Even though we have to start over this year, we want to get as close to 100% as possible before this comes to committee,” Issa said today. 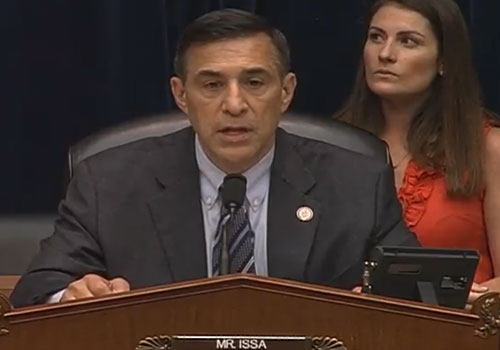 One of the key outstanding battlegrounds between the Democrats and the Republicans will be whether to allow the Postal Service to scrap Saturday Mail delivery.

In the House, the Republicans are pushing for the move to five-day-a-week mail delivery, keeping six-day package delivery, to save an estimated $2bn a year in operating costs. Democrats oppose the loss of Saturday mail delivery, believing that reduced mail service standards will continue driving customers away.

Today Issa said of the move to five-day delivery: “This was once opposed almost universally, but as time has gone on we have found more and more shippers have recognised that the alternative of higher postal costs is less acceptable.”

However, the Democrat leader in the Oversight Committee, Congressman Elijah Cummings, said he was “disappointed” that Issa was continuing to push the requirement to end six day delivery, as well as to end doorstep delivery – in favour of community mailboxes – by 2022.

Stephen Lynch, the Democrat who leads the Oversight Committee’s postal subcommittee, said Republican proposals were still “drastic” actions that would “compromise the delivery standards of the US Postal Service”.

“As useful as half a bridge”

He said if Congress provided “half measures”, it would be “about as useful as half a bridge”.

“If we build the bridge properly, the Postal Service can have a bright future. It can adapt and better serve the changing mailing and shipping needs of American industry and the American public. It can be a more powerful engine for economic growth and it can be profitable and operate without burdening the American taxpayer,” said Donahoe.

“If we do not gain this flexibility, our unsustainable losses will continue”

USPS wants Congress to allow a fully independent Postal Service healthcare plan, allowing USPS to take full control for its employees’ health insurance, instead of being included within the federal government system. The proposal is not currently part of either House bill proposal.

The Postal Service is also backing the move to five-day-a-week mail delivery, keeping Saturday package delivery, it is calling for a streamlining of its governance oversight with greater price setting powers, and urges the powers to expand its products and services.

USPS also wants reforms to compensation arrangements for injured or sick employees, a move to a defined contribution pension system for new employees, and to require arbitrators in union negotiations to take the USPS financial situation into account.

Donahoe said: “If Congress can pass legislation that addresses each of these areas, we can close a $20bn dollar budget gap by the year 2016 and operate on a financially sustainable basis. If we do not gain this flexibility, our unsustainable losses will continue and we risk becoming a significant burden to the American taxpayer.” 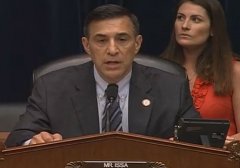