FedEx has beaten rivals UPS to a major contract renewal with the US Postal Service – a domestic mail air transportation deal worth $10.5bn.

The US integrator has been providing air transport services for the world’s largest postal service for the past 12 years, but after a competitive process in which rivals UPS were also bidding, FedEx Express yesterday won the seven-year extension.

One of the largest single mail contracts in the world, the deal will start in October 2013, the month after FedEx’s existing deal runs out.

Involving the airport-to-airport transport of USPS Priority Mail and Express Mail across the United States, the deal will keep FedEx in place as the US Postal Service’s largest individual service supplier.

Confirming the deal yesterday, USPS said in a statement that the new deal would include new service performance requirements for FedEx, along with improved contract terms and conditions.

The Postal Service said: “Following a rigorous evaluation of technical aspects, pricing, and other factors in the proposals, the Postal Service determined that the FedEx proposal represented the best value.

“The new contract benefits postal customers by providing service improvements, capacity flexibility, and other planned operational improvements. Based on estimated volumes the new agreement is valued at approximately $10.5 billion over the seven-year term,” added the USPS statement. 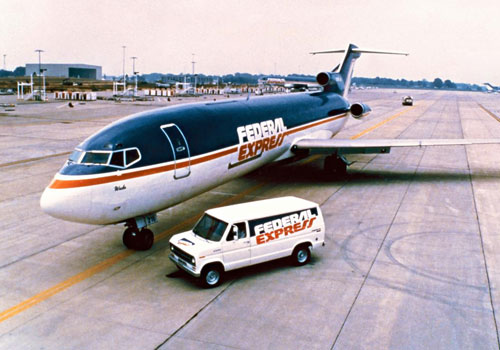 Founded on April 17, 1973, FedEx is celebrating its 40th anniversary with a massive contract win

Memphis-based FedEx Corp, which is celebrating its 40th anniversary this month, said today that the new USPS deal would help the Postal Service with more flexibility, allowing it to respond more effectively in the change in demand for Priority Mail and Express Mail.

Volumes have been declining since 2006, although certain areas of Priority Mail have shown good growth – particularly flat-rate boxes, thanks to the rise of e-commerce.

“FedEx Express will continue the outstanding service that we have provided to the USPS for the past 12 years under this new agreement,” said David J. Bronczek, president and chief executive officer of FedEx Express.

“This contract provides enhanced value and additional flexibility allowing the USPS to respond to possible changes. We look forward to continuing our successful business relationship with the USPS.”

The 148m Priority Mail flat-rate boxes shipped in 2011 alone generated $1.4bn in revenue for USPS, and represent a key growth area for USPS.

USPS generates a total revenue of about $67bn a year from all of its business.

FedEx has been the US Postal Service’s largest contractor for the past decade, according to research from law firm Husch Blackwell, earning $1.68bn in the year ended September 2012.

Atlanta-based UPS, by comparison, was only the 10th largest contractor for the Postal Service last year, providing $126m worth of services. In second place was air cargo firm Kalitta Air, which made $396m from USPS.

our PFC company has set up fedex and ups service for a long time ,.and it has cheaper price down to 5 discount .and it takes 3-4 days to USA .


(PFC EXPRESS: the news just reprint,only by the purpose of information, does not mean that endorses the idea or prove its description. The article content is for reference only) 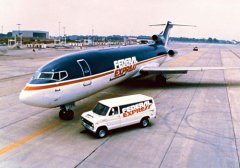